We landed in Ireland to stunning weather. The weather was sunny and much warmer than in London and Scotland. It was like the whole of Ireland was welcoming us with sunshine and open arms! Even going through immigration proceedings was an enjoyable experience. It truly was like a scene out of The Quiet Man. It started with just one immigration officer who quickly, upon hearing that we were staying in County Clare for our Honeymoon began telling us all the best places to visit. He was shortly joined by a second immigration officer who flipped between teasing the first officer for holding us up with chat and adding in his own recommendation that we skip through County Clare to visit Galway instead – as that is where he is from and he must “represent his county.” The two of them then got into a friendly, fun debate about which county was better – to my utter delight! My favorite quote from the debate: “You’re an immigration officer, not a tour guide!”

From there, we picked up our rental car and took off to drop our luggage at our B&B cottage. I must take a moment right here to brag on my incredibly talented husband. He completely WOWED me with how quickly he was able to pick up on driving a European style vehicle, on the opposite side of the road, while following different style traffic signs and many roundabouts. If it were me, I would have needed much more adjustment time. 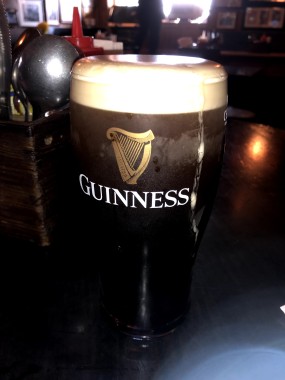 Our B&B was perfection! It was a wee little cottage in the Burren – with beautiful views of the Burren and the Aran Islands. When I say wee, I mean absolutely tiny. It contained only a bed, a table, a small fridge, and a bathroom with a shower, commode, and a sink. The floors were a beautiful hardwood and the blankets were heated – and our wonderful hostess, Kate, left us cookies, chips, coffee, and a stack of information for different shops, restaurants, and things to do around Doolin.

Our first order of business was to get something to eat, so we took Kate up on one of her lunch suggestions and ate a pub called McGann’s. I had a fantastic beef stew and, of course, a pint of Guinness! Even after only being in Ireland for a few hours, I was relishing being immersed in the lilting Irish accent everywhere we went. Going to Ireland had been a dream of mine since childhood, and being there, hearing the accent, seeing all the shades of green was unbelievable in a way I cannot describe. 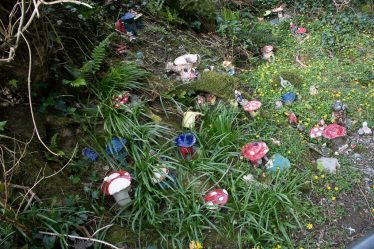 After lunch, we took a drive and ended up at the Doolin Caves as Andy loves exploring a good cave. The girl selling tickets for the cave tour at the register was the most startlingly beautiful red headed, blue eyed girl I have ever seen. She had the quintessential “Irish” look, with the sing-song accent to go with the look, of course.

We were in and out of the cave in about 20 minutes. It was fun, but there just wasn’t much to it. The weather was lovely, so we decided to take a walk around the grounds. The nature-walk path lead to a “fairy village” that was so incredibly adorable! 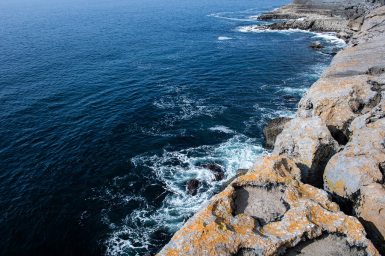 From there, we decided to just drive and ended up along the cliff side of what we later discovered was fondly referred to as the “Baby Cliffs.” Since most people drive straight to the Cliffs of Moher, we did not have much competition for the views of the Baby Cliffs – and these views were still quite stunning. We were able to walk right up to the edge and, as we stood there taking in the sight, it struck me that I was in Ireland, standing on the edge of a cliff with the ocean splashing up, as I have dreamed of doing so many times… It was breathtaking and overwhelming enough that I was moved to tears. Seeing how moved I was, Andy suggested that we go to THE cliffs – meaning the Cliffs of Moher.

Lord what a perfect experience! We thought the walk along the cliffs would be leisurely… HA! Andy and I never do anything simply. We walked past the visitor’s center allowance on the cliffs…. Past the signs that read “at your own risk” and kept going on the hiking trail – all the way down to Hag’s Head. 5K worth of walking ONE WAY! 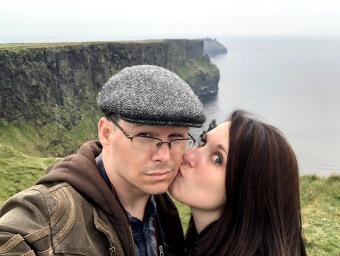 But, Oh the sights we saw!! Spectacular, brilliant sights! Views too gorgeous to be described. It’s apparent why, when laying eyes on some of these places in Ireland, the ancient Irish people believed the land was carved by giants and gods… and touched by fairies. The way seeing something like The Cliffs strikes a chord in your soul is nothing short of spiritual… and standing in that space seems unreal and sprinkled in magic.

We stayed out until the sun went down and then had to walk the whole long way back in the dark – with nothing but the light from our cell phones to guide us from getting too close to the edge. Once we made it back to our car and then back to town, every single place was closed, and we could not buy food anywhere. Not at all phased by this, we went back to our little cottage, ate some chips and crashed out. It was an immeasurably wondrous first day in Ireland. 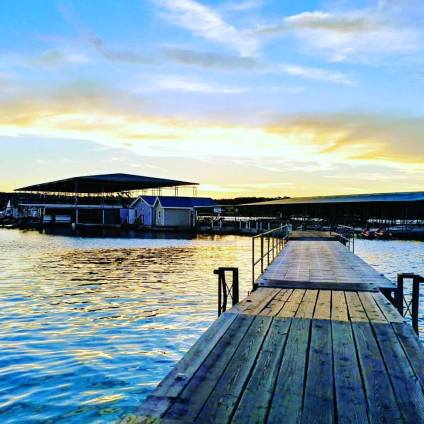 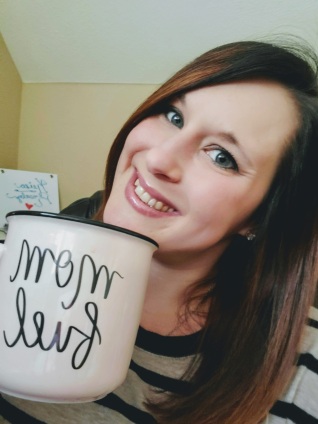 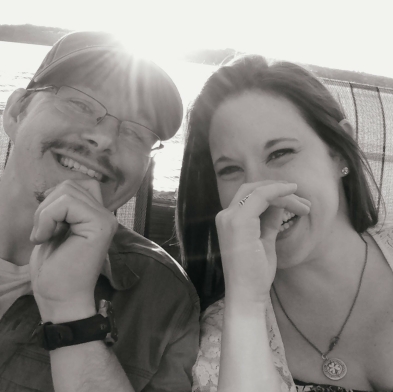 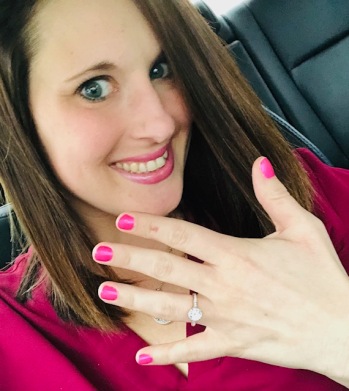 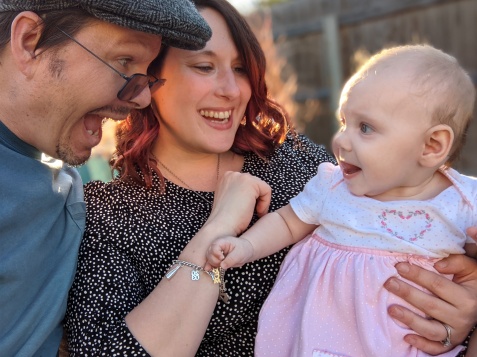 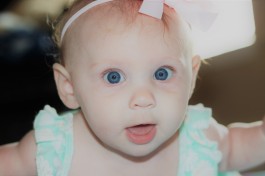 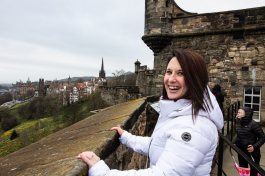 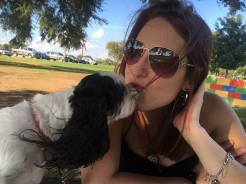 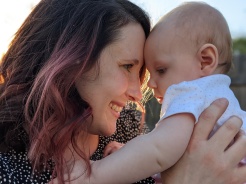 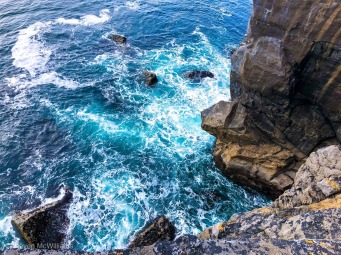 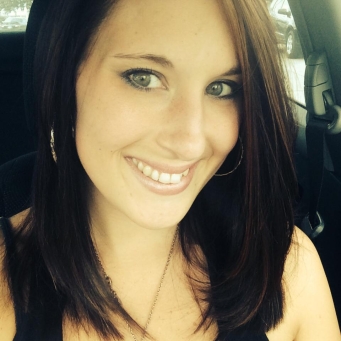 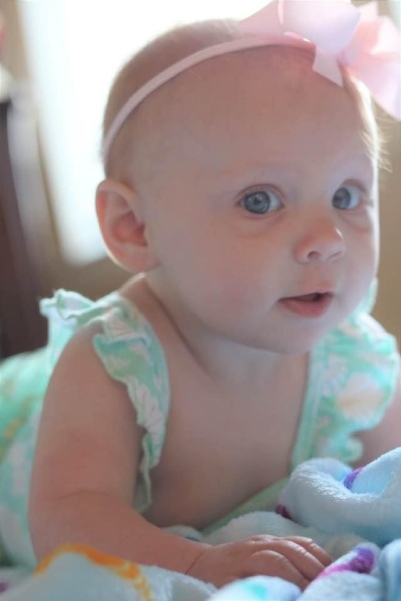 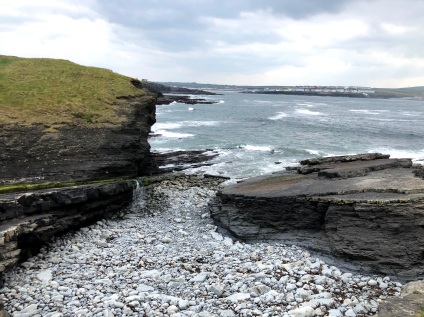 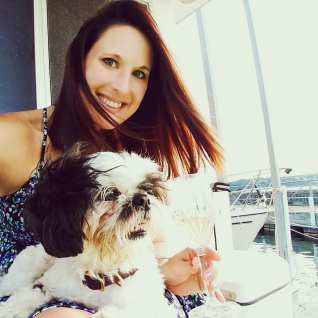 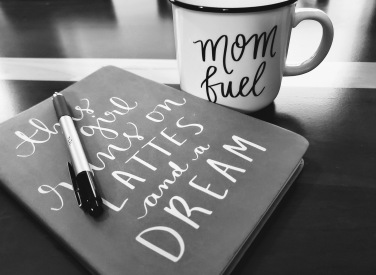 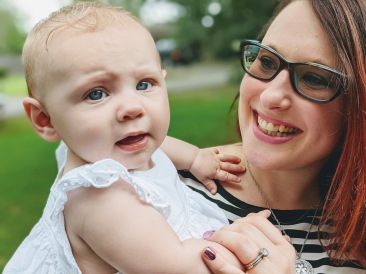 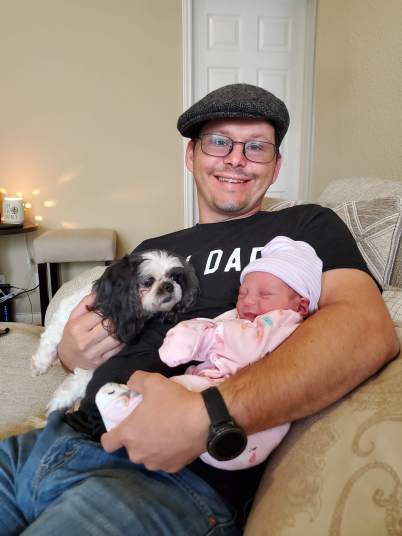 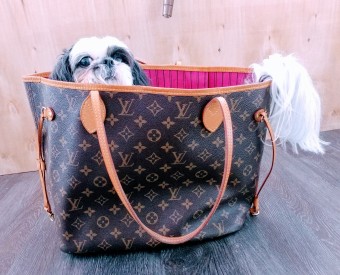 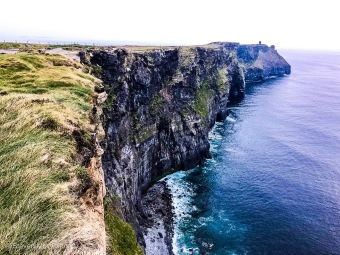 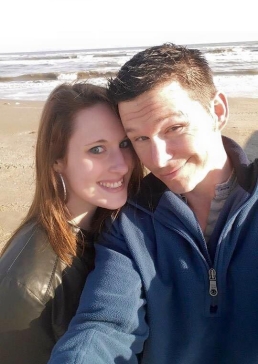 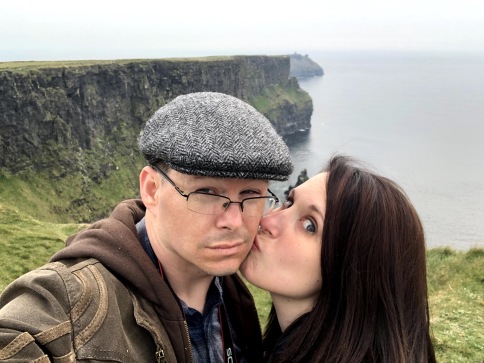